Is AP US History a difficult class? Yes. In fact, it earned the reputation of being one of the most challenging AP courses, considering the in-depth analysis you need to do on the economic, cultural, and socio-political developments of the United States from the 1400s to the present.

But if you arm yourself with the right AP US History test prep books, you can use every information to your advantage. Here's our list of the best AP US History review books that might help you earn a 5 come exam day. 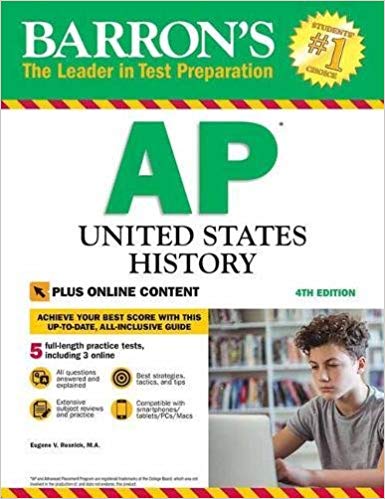 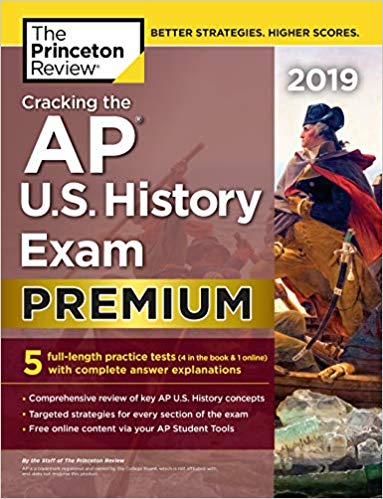 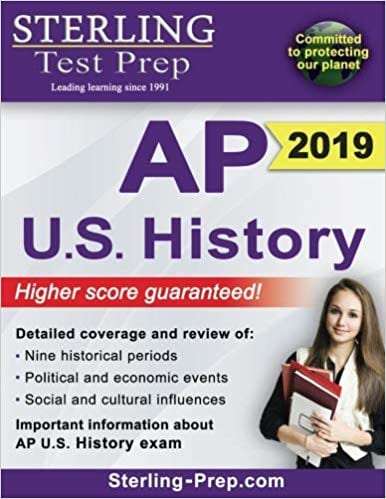 Barron’s fourth edition of AP United States History is aimed to help students prepare for the most current AP US history exam.

We like that the practice tests also come in a CD ROM so you can practice some more on your computer.

This US History book provides a detailed and comprehensive discussion of the history of the United States, including pre-contact American Indian societies, all World Wars, Cold War America, Bush administration, Obama administration, and many more. These features make it one of the best AP US History review books today.

Based on our research, Barron's AP prep book is updated with the recent changes to the AP US History exam, and it's a more affordable option than other AP review books. Most former test-takers we've talked to were also impressed with the book's functionality and performance.

Aside from the CD ROM, you can access the practice tests online. It comes with answer explanations to show you how to attack the problems during the AP exam.

The Premium edition of Princeton Review’s U.S. History Exam is currently one of the best AP US History review books on the market. This Cracking the AP Princeton Review book features a comprehensive content review on the fundamental US History concepts.

You can also access the Princeton Review online AP portal when you purchase the book.

You'll find four on the Princeton Review book and one online.

We particularly like the quick review questions at the end of each chapter to gauge your progress and make sure that you understand each lesson.

The content of this crash course book is organized into the nine historical periods and critical concepts found in the College Board’s most recent Advanced Placement U.S. history outline, making it ideal as a class textbook for both students and teachers.

We like how the information is well-presented in a clear and easy-to-understand manner. Students can also focus on one key concept at a time, which helps them thoroughly understand the concept before jumping to another lesson.

You can use this as either a history crash course review book for the AP US History exam or as a textbook for your class. 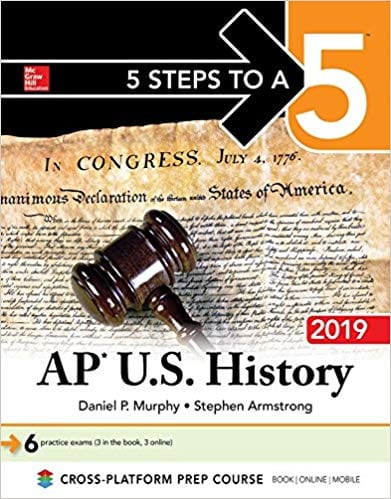 As per our research, this crash course book aims to build your knowledge, skills, and confidence in cracking the AP test by learning the core concepts of the US History.

We like that it matches the latest College Board syllabus and exam pattern. You also get online help and six full-length practice tests to gauge your progress along the way.

The 5 Steps to a 5 AP US History Exam review book is available in both print and digital formats, so that you can access it anywhere via a mobile device.

We recommend setting up a daily study schedule so you can maximize your time for studying each concept of the AP US History. Make use of the practice exam to solidify your knowledge.

With a strong foundation, it will be easier for you to address each problem in the exam, especially the free-response section. We recommend researching on what you can and cannot bring to the exam venue to avoid any hassle during exam day.

What Core Skills Do You Need To Know For The AP United States History Exam?

You should be able to identify a historical concept, process, or development within written texts. You will also have to explain a historical period or concept to others coherently and cohesively, both in written and verbal form.

The AP US History exam tests more than your ability to memorize historical facts. You will be expected to understand and analyze primary and secondary sources. You should know how to interpret and determine their significance. You need to understand the source’s point of view and explain the purpose, historical context, and how it can be used in an argument.

This core skill will test your ability to identify claims and evidence within sources and how they can be used to explain and interpret US history. You should be able to identify the evidence used within a source and refute or support it within your explanation. You must understand how to compare and contrast two main points of view within historical texts.

You should know how to use historical reasoning processes to make connections between historically significant events. Your ability to make these connections should also apply to local and global history.

This skill will be tested using free-response questions. You should be able to form arguments using historical reasoning. You should be able to make a historically defensible claim and support your argument using evidence from primary and secondary sources. You have to explain how arguments within texts can support pieces of historical relevance. You will be expected to modify or corroborate your argument using a wide range of historical texts, visual aids, and other media sources.

What Topics Do You Need To Know For The Exam?

The AP US History course is broken down into nine periods that explain an era of United States history in detail. Every period covers different topics that will show up on the exam. You should know the concepts presented in these periods to pass your AP US History exam. Look for AP History books and review materials that explain each period thoroughly.

This period covers the era from 1491 to 1607. This section will cover the United States before Columbus set foot in the New World. It will cover Native American societies before European contact and how they lived, hunted, and settled into regions in modern-day Canada and the United States.

It will cover European and Spanish exploration and how the Columbian Exchange affected the development of the US. A large portion of this section will cover slavery, labor, and caste.

This period will test your knowledge of US history between the years 1607 to 1754. You will be expected to understand European colonization and the different regions of the British colonies. It will cover the Transatlantic trade and the interactions between Native Americans and Europeans. This period will also begin the discussion of colonial life in North America.

This period will test your knowledge of US history between 1800 and 1848. It covers historical concepts such as political parties, regional interests, industrialization, and the changing society and culture.

It will mainly cover American politics and the rise of democracy. You will also be tested on The Second Great Awakening.

This period covers 1844 to 1877, which includes the Mexican-American War and the Compromise of 1850. It will also cover the regional differences that led to the Civil War. The Reconstruction Period that immediately followed will also be tested.

This section covers the years between 1865 and 1898. This was a period of technological innovation and the rise of industrial capitalism. You will be expected to understand how these concepts shaped the world we live in today. These years were the start of the Gilded Age, which tests your knowledge of how this affected the emergence of a Middle Class.

This section tests your knowledge of the years between 1890 and 1945.

The learning objectives of this section include the Spanish-American War, World War I, The Great Depression, The New Deal, and World War II. This section represents about 10 to 17% of the AP US History exam.

This period will cover the years between 1980 and the present day.

It explains the end of the Cold War and the immigration and migration period between the 1990s and early 2000s. You will also be tested on the current challenges of the 21st century.

How hard is the AP US History exam?

The AP US History exam is one of the harder AP exams since it covers a lot of content, and you are expected to use critical reasoning skills. The percentage of students who scored 3 or higher on the 2020 AP exam is about 53.6%.

Will every period be covered on the AP US History exam?

Yes. The first two periods will cover anywhere from 4 to 6% of the exam. The remaining periods cover between 8 and 17% of the exam. You should understand every topic within a period to pass your AP US History exam.

After spending more than 50 hours reading and reviewing numerous prep books and practice exams, here are the recommendations that we've come up with.

We recommend Barron's AP US History review book as the best AP US History prep book for a more comprehensive approach to learning.

We are impressed with how the Barron team keeps the content updated with the latest historical developments. We like that they've included them in the actual content and the practice questions.

High school students can use this as a textbook or a history crash course review material for the exam. It also includes two full-length practice tests and test-taking tips for solving document-based questions.

William is an electrical engineer whose great passion is helping promising students achieve their goals and dreams. He enjoys sharing his knowledge and expertise with aspiring learners from all over the world.