The GMAT is notoriously known for focusing more on grammar, sentence structure, sentence correction, and word choice. Test-takers tend to emphasize their studying on English grammar, similar to what you might find in an English Composition 101 college course.

Most business schools require the GMAT, so if you plan to apply, then you will come across this on the exam.

In this guide, we have spent many hours reviewing GMAT sentence correction questions to help you score well on the GMAT verbal section. We have given you insider tips and tricks to succeed on the GMAT. Keep reading to learn more. 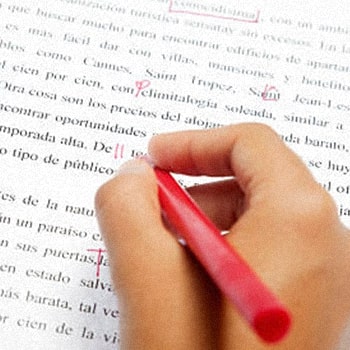 The GMAT verbal section has 36 questions that you need to complete in 65 minutes [1]. You will likely come across 11 to 16 sentence correction questions within the verbal section.

The GMAT sentence correction (SC) questions will be composed of a sentence with an underlined portion that contains 0 to 2 errors.

This GMAT section was designed by the test makers, the Graduate Management Admission Council (GMAC), to test student’s ability to recognize errors in a sentence, the meaning of the sentence, and correction techniques.

You should have a thorough understanding of English grammar rules, idioms, and critical reasoning.

A reason some students have trouble with the GMAT SC questions is that they have not studied English grammar rules since their first years in university. Most of the grammar rules you will use on sentence correction questions were studied in freshman and sophomore composition courses.

By the time students get to their senior year to take the GMAT, they are enrolling in more specialized courses. They have not had to learn sentence and reading comprehension grammar in a long time.

Test-takers often struggle with the GMAT method of trying to confuse them. The SC questions were designed to be difficult and tricky. The answer choices will often lead us astray from the right answer.

The good news is that you can train yourself to do well on sentence correction questions by learning the rules and understanding the question types before you take the GMAT.

Subject-verb agreement is an essential rule you should understand before you take the test. It might seem obvious in some cases, such as “the shoes are” or “the shoes is.” Most students know the correct answer to this sentence.

A way the GMAT will try to trick us is by putting the subject and verb very far apart in the sentence. This can cause students to focus on the wrong portion of the sentence. Let’s look at an example.

Jane is one of the people who have not been to the Bahamas.

To practice subject-verb agreement, you should focus on practice questions with these elements. That way you can eliminate wrong answers and get the question correct. Verb tense worksheets are also helpful.

In GMAT sentence correction questions, you will often find parallelism. This is a term many students have not heard before.

Parallel construction often shows up in sentence correction. It means two different things are being considered in the sentence. Those two elements should have a parallel structure.

This concept requires that sentences with parallel elements should have similar parts of speech. These questions can be tough for students because the sentences are often long and contain many elements. If you are comparing two things, they should be equivalent in grammar, meaning, and structure.

One way to practice these types of questions is to group subjects, verbs, nouns, and pronouns into groups. They should all be similar and have the same tense within a sentence. You should be able to spot an error by grouping like parts of speech.

What is an idiom? Many students may not know this word. Even if you are unaware of its definition, you have likely used some of these idioms yourself.

Idioms are idiomatic expressions, which are groups of words that always belong together in the English language.

Some idioms are very obvious, such as “hang in there” or “on the ball.” You will not find those types of idioms in a sentence correction question. You will find more subtle idioms within a sentence. Your job for these sentences will be to identify the incorrect usage of an idiom in the original sentence and find the correct one within the answers.

Let’s take a look at 5 common idiom structures to recognize in GMAT sentences.

The correct answer choice is not always clear when it comes to these sentences. The best way to get the right answer is to understand the meaning of the sentence and identify the idiom being used. Our advice is to study a GMAT idioms list and familiarize yourself with idiom errors.

Sometimes idiom questions can sound natural to native English speakers, but other times they can be tough to figure out.

This will take you back to early college English composition class. One important thing to study is verb forms [2].

For these questions, the GMAT will present an underlined portion with an incorrect or correct verb form. You will have to identify the errors and find the correct answer option.

Every sentence needs a verb to portray its meaning. The verb tense will determine the time of action. Most students know the common tenses of verbs, such as past, present, and future. Verb phrases can also contain a modifier, object, and particle.

This is an important rule for the GMAT. Many times, an issue with pronoun and antecedent agreement will not change the meaning of a sentence.

A pronoun is a word that refers to someone or something referred to elsewhere in a sentence. An antecedent is a word a pronoun refers to.

You can spot a pronoun-antecedent agreement error by reading closely and examining the answers. One of the common rules about pronouns to remember is that companies and other entities are, most of the time, considered singular. You can increase your score on this part of the exam by practicing sentence correction with disagreeing pronouns and antecedents.

Every test-taker must understand the intended meaning of a sentence. If it is not logically sound, then you know you are dealing with a logical predication sentence. The answer is not always obvious, however,

Most logical mistakes will have to do with a misplaced or incorrect modifier, which can change the intended meaning of the sentence.

One of the major mistakes will be a misplaced noun modifier. The answer choices will be logically sound and enhance the intended meaning of the original sentence.

When it comes to comparison sentences, we must look at a few crucial points. A comparison error can involve the use of the wrong terms to compare a noun to another noun.

The first comparison concept is “like” vs. “as.” In sentence correction questions and answers, you will find that the term “like” should be used when comparing two nouns. The term “as” should be used when comparing two actions. An error in comparison will use the incorrect term. Once you understand this rule, the answer options will be easier to spot.

Tips for Acing This Part of the Exam

When you are reading through a sentence, if you spot an error right away, you should underline it. This will help you identify the correct choice in your answer options quickly. Many times you can immediately identify an error within a sentence and its intended meaning. Some of them are common sense and others might take more digging.

Some of the answer choices might contain a word that, if moved, would change the sentence completely. Pay attention to word order in all of the answer options. It can help you identify mistakes in meaning and intention.

Remember that practice makes perfect. You should incorporate as many practice questions as you can into your study plan. They will help you identify your weak areas so that you can work on them before the test. Students who complete more practice problems tend to have better GMAT scores than students who don’t.

We explained how to understand sentence meaning and grammar rules. As long as you study the rules in our guide, then you should be able to send your best score report to business schools.

Jordan is a teacher who is in love with English literature and quality content. He uses his teaching experience to help both his own students and others around the world to improve their knowledge and self-confidence.