How Many Students Fail Online Course Due to Lack of Structure?

According to UNESCO, there are 77,678,500 learners affected by school closures due to Covid 19 in the USA.

Studies estimate that students will return to the classroom with much smaller learning gains compared to a typical school year.

I did hours of research on the number of students failing their courses because of a lack of structure.

Today, I’ll talk about how many students are failing their online courses and what makes them feel there’s a lack of structure in their studies.

What Do the Statistics Say?

Recently, the Fairfax County Public Schools in Virginia published an intern analysis, which showed that student grades are showing a striking drop.

They compared the previous school year to this one and found that middle and high school students getting F’s jumped by 83% [1].

This is an increase of more than 4,300 students compared to last year.

In Houston, more than 40% of students are getting F’s in at least two classes [2].

Some greater Houston districts report that almost half of the middle and high school students have at least one F grade because of a lack of scheduling structure.

Compared to the previous school year, the number of students who are failing online classes has doubled, tripled, and even quadrupled in some of the region’s school districts.

A data dashboard published by the Hawaii State Department of Education shows that 10% of all secondary school students are getting F’s [3].

What seems to be the problem in Hawaii is the lack of structure on how teachers are grading.

According to board members of Parent for Public Schools Hawaii, teachers are grading on different bases, and students are struggling.

4 Things That Cause the Lack of Structure

1. Lack of a Physical Classroom

Students are used to waking up at a certain time each day and going to school five days a week. They know attendance is mandatory.

On the other hand, not being required to show at a certain time and a certain place is frustrating for students who need structure.

Many students are used to studying at school or the library and then going home to relax. Now, they’re forced to study at home. They find the lack of physical space dedicated to work only challenging.

Also, it doesn’t help that the home is full of distractions, such as technology and other family members. All of this makes students unable to concentrate. 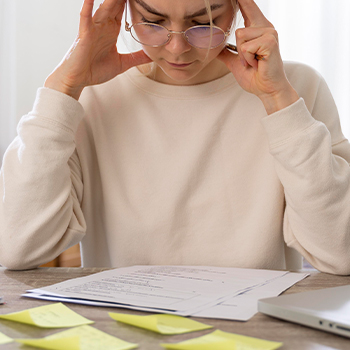 Each teacher can set up their own schedule.

Some teachers have scheduled meetings every day, while others schedule them weekly or less than that.

For students who are used to attending classes every day, not having to log in to class at a specific time each day will be an adjustment.

Also, this doesn’t work for everyone.

Some students want consistency, and they benefit from knowing they have an obligation and must attend a lecture at a specific time each day.

Since the start of the pandemic, students have increasingly reported increased workloads. Some of them are overwhelmed by the number of assignments they have to do.

What often happens is that teachers don’t want online students to fall behind, so they increase the number of quizzes or lecture videos.

This means individual courses end up being more work when studying online.

On the other hand, some teachers don't make lectures but send YouTube videos to students. Other teachers expect students to work through the textbook on their own. 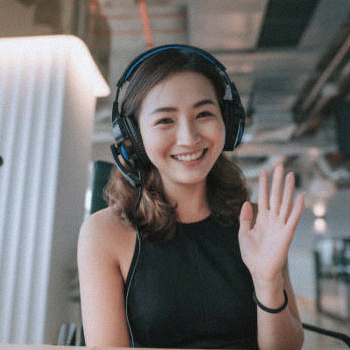 Some students, especially those coming from challenging circumstances, are used to face-to-face communication with teachers, and they normally don’t have much exposure to technology.

Now they have to use different online teaching tools for different teachers.

Having to switch constantly between Zoom, Google classroom, Microsoft Teams, and other online teaching tools can be challenging.

Students have to figure out how each online classroom works and keep on top of which teacher uses which online tool.

Some students are also affected by the lack of face-to-face interaction. Moreover, some teachers don’t require a student’s camera to be on, and students take full advantage of this.

This makes students more prone to distraction or playing on their phones, which isn’t something they can normally do in a physical classroom.

How Many Students Fail Online Course Because of Lack of Structure: the Bottom Line

As recent statistics show, the number of students who are failing their online classes has been rapidly going up since the start of the coronavirus pandemic.

Many factors contribute to lack of structure, such as lack of physical classrooms, different schedules, and online classrooms.

If you’re struggling as well, consider getting help from a certified teacher to help you get back on track.

Aria had a keen eye for details since she was a small child. It comes as no surprise that she’s chosen to pursue a career as a professional editor. She is very passionate about helping others achieve their full potential, which is one more reason she enjoys helping young people prepare for their exams.